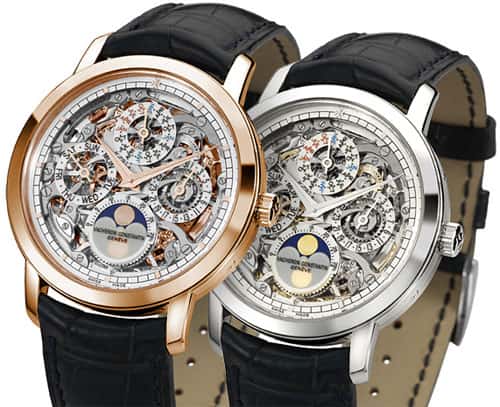 …. and the waste in this domain is unimaginable.

An article by The Guardian just come to confirm something that most of the people knew about this that are a bit luxury. That some watch producers prefer to destroy their watches than selling them cheap.

It’s a recurrent theme in the fashion industry, where big clothing and shoes brands prefer to destroy unsold stock than selling them cheap. It’s a simple economic principle: you reduce the stock, there is more demand and they have the reason and incentive to increase the prices.

The latest brand that did that was Richemont, who bought back stock from jewelers to stop them selling their watches at knockdown prices and keeping an artificial high price. They made this decision after their wristwatch stock began building in display cabinets of European Markets.

According to the report, the Swiss watchmaker destroyed watches worth 600 million dollars over the past two years to avoid being sold at lower prices. Most of their watches started at 1200 dollars but can go up to 25000 dollars.

Richemont, owned by Cartier, saw a sudden drop of sales in China, where their watches for men were most popular. The reason was 2016 corruption crackdown in China, where a lot of wealthy Chinese owners were affected, since most of the bribes came in whisky or expensive watches, like Richemont. The watches pilled up in the shops and they were worried that those watches will go on the “grey” market of unauthorised resellers and the price will plummet, pricing down the power of the brand.

So they just bought back the wristwatches and destroyed or recycled them for the future generations.

That was in 2016, but the same thing happened in 2018, when their watches started to pile in European store, so they made the same decision this years.

Burkhart Grund, the Richemont chief financial officer, said the repurchases were necessary to ensure “healthy inventory levels at trade partners” and were now likely to have come to an end.

So after all, a lot of waste just to keep the investors and prices of their watches high.