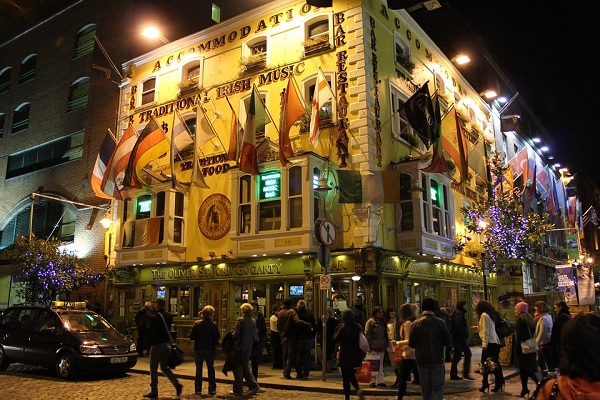 Dublin worth visiting for plenty of reason. Starting with architecture, an amalgamation of Norman, Gregorian or modern, traditional writers, James Joys, green parks, festivals and, of course, beer and deriving fun. We will give you some hints about all of them, thus you can plan better your city tour.

It was built by King John at the beginning of the 13-th century in order to strengthen the city defence. Actually, King John’s plans were marvellous. Yet, still they were discomfit a long history as the castle suffered due to severe attacks across history. The worst of those was during 17tth century, when the castle was almost destroyed. The Norman tower is the only remaining of the original building. Now it is a Dublin landmark and can be visited as a museum.

Established at the end of 16th century, Trinity College was the first University in Ireland. Famous writers sat classes within this famous institution and we name Oscar Wilde, Samuel Beckett or Jonathan Swift.The superior school was meant to for bright student, but up to 18th century only Protestant community had the privilege of being educated there. The campus is free for visiting.

Built in Gregorian style, the Ha’penny Bridge crosses Liffey river between O’Connell Street and St. The North Chapel. The story of the name dates back in history when Dubliners had to pay half a penny to cross on the other side.

Obviously this is one of the most important and fun attractions in Dublin. Visitors find out the process of brewery of the most famous Irish beer. The tour is complete: it starts with beer making, ends with beer tasting at Gravity pub.

Spire of Dublin, known also as Monument of Light- An Túr Solais (Irish), is on of the modern landmarks on Dublin’s map. It attracts visitors due to massive aspect and overwhelming height (over 200m).

How to get to Dublin

You can flight straight to Dublin airport, situated in the proximity of the city. Airport transfers are possible via bus, shuttles, taxis and private chauffeur services.