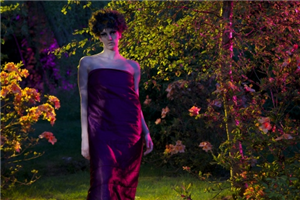 Since the 70s, Vivienne has made work marked by pop culture, feminism and politics; urgent and forceful, she has used video art and documentary to express herself.

Vivienne is considered one of the leading figures in the punk, avant garde/No Wave film-making movement and is widely considered now to be one of Ireland’s most important film-makers ever.