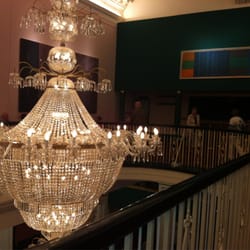 The National Concert Hall is rated by performing artists as one of the finest concert halls in Europe and attracts over 340,000 concert-goers a year

With weekly performances by our resident orchestra – the RTÉ National Symphony Orchestra – and a programme ranging from classic operas and magical musicals to contemporary Irish folk, the National Concert Hall is a thriving venue catering for all musical tastes..

After almost forty years of debate and delay, the long-standing dream of many Irish music-lovers was finally realised when President Hillary opened the National Concert Hall on 9 September 1981.