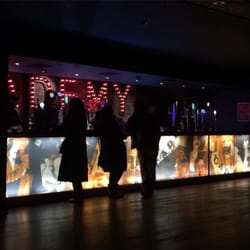 The Academy burst onto the Dublin music scene in October 2007, bringing rock & roll to Middle Abbey Street. Featuring 3 different venues within one building, The Academy gives punters a big choice of acts, clubs & events to consider when on a night out in the city.

The Main Room has a capacity of 833 including the balcony. The intimacy of the room means that everyone gets to experience the show close up. This is where the biggest acts play, and where our weekly club nights take place.

Academy 2 in the basement has a capacity of 230. Here you will find new up & coming acts, both local & international.

The Greenroom is our recently renovated ground floor venue. With a capacity of 450, it’s the perfect location for club nights, DJ’s, private parties & special events.

Since we opened 5 years ago, we’ve hosted many incredible acts, from The Killers to The Script, Chuck Berry to Calvin Harris, Biffy Clyro to Michael McIntyre… we’re proud to be at the forefront of Dublin’s music scene!

The building that now houses The Academy at 57 Middle Abbey Street was originally a bonded warehouse. In the late 90’s the out of use warehouse was completely renovated and opened in April 1999 as the Hot Press Irish Music Hall Of Fame.

The building housed a purpose built 650 capacity music venue called HQ, a restaurant, a music shop, and on the basement level there was a large interactive museum with the history of Irish music & many items of music memorabilia.

In 2002 there was a change in management, and the doors of Spirit were opened. Spirit utilised all 3 floors of the building for its club nights, where dance music & professional club dancers entertained the masses.

The Academy burst onto the Dublin music scene in October 2007. Shaking off the shackles of Spirit, the new venue brought back rock & roll to Middle Abbey Street. The Academy has proved extremely popular with music fans of Dublin, and plays host to many amazing shows & clubnights.