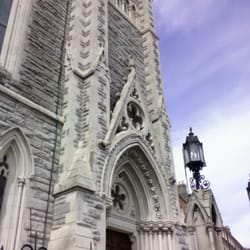 Discover the rich history, the folklore, the great buildings, the unique atmosphere of Dublin, with a guided bike tour.

Get a sense of the city’s energy, its history, culture and wit; its distinguished citizens – from Joyce to Bono.

Our guided tour uncovers Dublin’s charm. There are no hills and the pace is relaxed.

We give you an unforgettable introduction to Ireland’s capital city.

We also bring you east towards the bay to ‘new Dublin’ and the Grand Canal Dock area.

Along the way, you’ll hear about Dublin’s history, its literary and musical traditions, and the events and personalities that shaped the city’s character, from your tour guides, Seán or Julian.

We supply bikes (of course), helmets, hi-vis bibs and a biscuit snack.

We’re less than three years in business and thriving.

We give a well informed and fun filled guided tour of Dublin.

We travel at a relaxed pace and provide everything you need – bikes, helmets, hi-vis bibs – and your guides, Seán and Julian

Seán, originally a country lad or ‘culchie’, has lived and enjoyed cycling around Dublin since the 1970s. He has made the capital his home. “I welcome the opportunity to introduce Dublin to new people”.

Julian has lived in Dublin for over thirty years. He has cycled in the city for all that time and has a keen interest in all aspects of Dublin’s history. He was a radio and television producer with RTÉ, the national broadcaster.