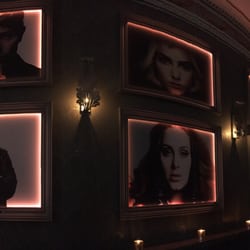 The Olympia is a beautifully preserved theatre in the heart of Dublin, and is one of the city’s most loved music venues, with a repertoire that spans all genres, rock, pop, comedy, theatre, pantomime, cabaret, traditional, folk, hip-hop, metal, easy listening, variety acts, ballet, magic & more…

The venue is unique in that we can host both fully seated theatre shows, and can remove the seating from the Stalls area for partially standing shows.

No building in Dublin recalls the Victorian Music Hall more readily than the Olympia Theatre, with its glass canopy, supported by ornamental pillar and wrought iron scrollwork.

Situated opposite Dublin Castle in the heart of the city, the theatre was designed by John Callaghan, a well known architect of the time, for Dan Lowrey who opened his new theatre, known as The Star of Erin, on the site of the present Olympia Theatre on December 22nd, 1878.

In June 1897, Lowrey’s was closed and remodelled and in August of that year it reopened as The Empire Palace Theatre of Varieties.  So it happens that the theatre we now call The Olympia, this beautiful Rococo building, is almost precisely as it was on that August day in 1897.

The ornate doors of The Olympia Theatre have been open & welcoming patrons for the last 115 years, and we look forward to welcoming many future generations to our venue.

Olympia Theatre says, “Right up the road from The Olympia, lovely restaurant & bar with Irish dancing. Great hotel too if you’re staying local for an Olympia show!”