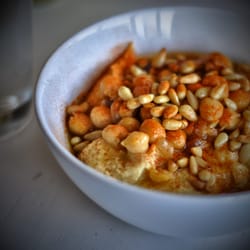 The Jon Jon Museum is a tribute to the most amazing dog in the world. It also promotes people to adopt dogs and feel free to travel with the dog. We wish that dog owners around the world will be inspired by Jon Jon’s story and images and take their best friends anywhere they go.

Jon Jon was born in 2009 in Israel. Since then she has travelled to many destinations. Leaving warm Israel to Berlin and later on to Dublin with her family.

Jonathan F. says, Affordable and vegetarian Falafel. One might argue the best in Dublin. To dine in or take away.