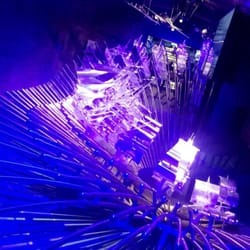 EPIC The Irish Emigration Museum is a state-of-the-art interactive experience located in the beautiful vaults of the 1820 Custom House Quarter building in Dublin’s Docklands, the original departure point for so many of Ireland’s emigrants. It will inspire and guide you on a journey to discover the stories of Irish emigration around the world, from early times to the modern day.

Over the centuries, some 10 million people have left the island of Ireland. At EPIC you can step through 20 themed galleries to find out why people left, see how they influenced the world they found, and experience the connection between their descendants and Ireland today. Immerse yourself in the stories of some of the most remarkable tales of sacrifice, endurance, adventure, and discovery the world has ever known. EPIC brings these amazing stories to life in a unique and spectacular way.

Opened on the 6th of May, 2016 by our founder Neville Isdell and former President of Ireland Mary Robinson, EPIC is the first museum of it’s kind in Ireland to celebrate our long and rich history with immigration.

EPIC is located in the restored vaults of The chq Building, formerly known as Stack A and is one of the last remaining Georgian warehouses in Dublin’s Docklands. Construction of the building began in 1820 and when completed a number of years later it was the largest building in all of Ireland, and was used as the warehouse was built to store wine, spirits, tea and tobacco.

The building was used as a warehouse well into the 1960s, thereafter it fell into dereliction. The building was extensively renovated in the early 2000’s, and the first floor mall area and south facing glass facade installed. Over the years the vaults of The chq Building have been restored piece by piece, with EPIC the latest to make use of this truly amazing and unique space.