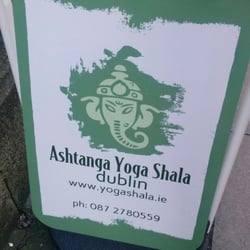 During one of trips to India we were called by our guru to his office at the yoga school. He told us we should teach this ashtanga yoga method when we returned home. It is considered a great honour to receive this blessing.

We started off teaching in Greystones and later moved to Pembroke Road in Ballsbridge. We eventually opened our own studio in Baggot Street in 2014.

We are extremely passionate about passing on this traditional form of yoga practice in its purest form. We feel that most of the yoga being taught at the moment is a watered-down version of something very powerful. If we can tap into the essence of yoga as it was originally intended to be practised it has the potential to change our lives.